A cut-out-and-keep guide to feminism for Louise Mensch

CHRISTMAS HAS COME EARLY AT FORTY SHADES OF GREY TOWERS!!!


Normally I would roll my eyes at this non-linear procession of time as it would mean I have to put up with more people blathering about fairy lights and bows and other things I generally make it a rule not to give the tiniest atom of a flying fuck about. I mean, I'd welcome the general proliferation of hot booze (an essential part of any balanced diet), but it would also have to be balanced against the chance of snow and ice and hearing a Mariah Carey song and seriously, fuck that shit. Anyway, I digress. There has, to my knowledge, been neither a forwards nor backwards temporal shift. But I have a present!


Oh... it's the non-festive equivalent of a shit in a box hastily wrapped in the Daily Star - it's Louise Mensch writing about how she totes is a feminist no matter what the mean feminists say.


Now, I generally make it a rule to not posit myself as the Queen Of Feminism and dictate who may, or may not label themselves as what. I mean, there's plenty of feminists I disagree with and who I would quite like to give a quick whisper to in order to steer them in the right path. But in this case I am going to make an exception, channel my inner Inigo Montoya and say:


"Louise - I do not think that word means what you think it means."


I'm going to take out my trusty red pen now and fisk Mensch's article, in order to illustrate why I feel this to be the case. 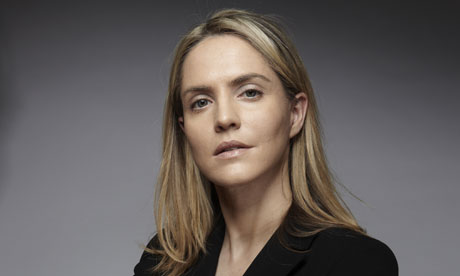 Fucking feminism, how does it work?
Back to me in black text now.
OH MY HOLY MOTHER OF AVIMIMUS, WHY DID I DO THAT TO MYSELF?
I shouldn't be surprised, ever. I've spoken to Louise Mensch once or twice on Twitter, and every damn time she's insisted she absolutely is a feminist, but when challenged on what she actually does to stop women being oppressed, or told how her party is oppressing women, she clams up. Funny that. So now, for her benefit - as I'm sure she actually would like to be a feminist, she's just not sure of the first things about it, I am going to put my Queen Feminist crown on (it's red leopard-print and decorated with the bollocks of men I have emasculated) and write up a quick cut-out-and-keep one do and five don'ts of being a feminist.
DO
DON'T
I hope this helps.
Posted by Forty Shades Of Grey at 19:21