The Pill: Destroying civilisation since 1957

Disclaimer: Since the piece I am responding to is very cissexist and holds up notions of 'uterus holder = mother, sperm-giver = father', I will address it in these terms. It's stupid and wrong though, like the rest of the piece.


I read a lot of people saying really, really daft things on the internet. But sometimes something is just so utterly bizarre that it surprises even me. Step forward Michael Brennan Dougherty and Pascal-Emmanuel Gobry, who have co-authored a piece titled Time To Admit It: The Church Has Always Been Right On Birth Control. I'm going to go through it with my trusty red pen, because you really have to see this in its entirety. While reading, please bear in mind that MBD is a politics editor and P-EG is a senior research analyst (i.e. in theory, very intelligent and not wild-eyed conspiracy-peddlers). So, here we go. From hereon, my words are in red, theirs are in black. No links or words have been changed.

Painting the Catholic Church as "out of touch" is like shooting fish in a barrel, what with the funny hats and gilded churches and systemic coverups of rape, child abuse and paedophilia. And nothing makes it easier than the Church's stance against contraception. And the other stuff.

Many people, (including our editor) are wondering why the Catholic Church doesn't just ditch this requirement. They note that most Catholics ignore it (actually a whopping 98%), and that most everyone else finds it divisive, or "out-dated." C'mon! It's the 21st century, they say! Don't they SEE that it's STUPID, they scream. PERHAPS BECAUSE IT IS STUPID?

Here's the thing, though: the Catholic Church is the world's biggest and oldest organization. It has buried all of the greatest empires known to man, from the Romans to the Soviets (either they kept that damn quiet or it didn't happen. Given these guys' extremely tenuous grasp of history, my money is on the latter). It has establishments literally all over the world, touching every area of human endeavor. It's given us some of the world's greatest thinkers, from Saint Augustine on down to René Girard. ALL GREAT THINKERS EVER HAVE BEEN CATHOLIC. THERE WAS NO SUCH THING AS THE ISLAMIC GOLDEN AGE. SOCRATES WAS A CATHOLIC. ARISTOTLE WAS A CATHOLIC. IN FACT, UNTIL CATHOLICISM EVERYONE LIVED IN CAVES AND SHAT WHEREVER THEY FELT LIKE. (NB, I'm not saying there haven't been great Catholic thinkers (or at least, great thinkers who lived in times and places where it was dangerous to not be a Catholic), but let's not pretend they're the only ones by a long stretch of the imagination, or that all Catholics are good - as far as I'm aware, Professor Steven Hawking is not a Catholic, but Robert Mugabe is. Just saying, y'know? Shades of grey and all that) When it does things, it usually has a good reason. Profit? Domination? More people in their club than in the other clubs? Everyone has a right to disagree, but it's not that they're a bunch of crazy old white dudes who are stuck in the Middle Ages. Except when they are a bunch of crazy old white dudes who are stuck in the Middle Ages.

So, what's going on? The Church teaches that love, marriage, sex, and procreation are all things that belong together. That's it. But it's pretty important. I drew a diagram to illustrate my problems with these ideas. Here it is: 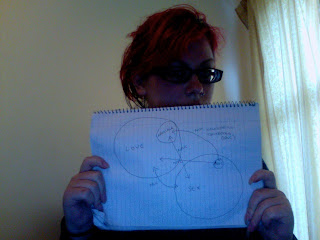 And though the Church has been teaching this for 2,000 years, it's probably never been as salient as today.
Today's injunctions against birth control were re-affirmed in a 1968 document by Pope Paul VI called Humanae Vitae.  He warned of four results if the widespread use of contraceptives was accepted:

Does that sound familiar? Because it sure sounds like what's been happening for the past 40 years. As George Akerloff wrote in Slate over a decade ago, by making the birth of the child the physical choice of the mother, the sexual revolution has made marriage and child support a social choice of the father. Instead of two parents being responsible for the children they conceive, an expectation that was held up by social norms and by the law, we now take it for granted that neither parent is necessarily responsible for their children. Men are now considered to be fulfilling their duties merely by paying court-ordered child-support. That's a pretty dramatic lowering of standards for "fatherhood." Things that did not happen before these slutty women got their harlot-mitts on the pill: Sex outside of marriage. Children outside of marriage. Absent fathers. Absent mothers. Parents splitting up. What I find interesting about this though, is the quote they pick from Slate. Because what they are actually saying is that "if we DON'T give a woman a physical choice about whether or not she has a child, a man will have to stick around". They DON'T WANT WOMEN TO HAVE ANY PHYSICAL CHOICE IN WHETHER SHE HAS A CHILD. Excuse me while I go vomit my uterus out.

And if you don't think women are being reduced to objects to satisfy men, welcome to the internet, how long have you been here? Since the early 80s! Not me personally, of course, but... you know. Anyway, I'll add 'objectification of women' to my list of 'things which did not occur before 1970'. 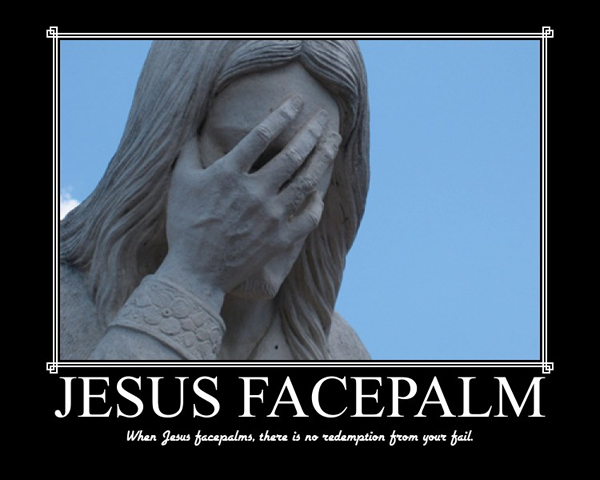 Is this all due to the Pill? Of course not. But the idea that widely-available contraception hasn't led to dramatic societal change, or that this change has been exclusively to the good, is a much sillier notion than anything the Catholic Church teaches. Dramatic societal change like not punishing women for having sex like the filthy beasts that they are. Nope, we've truly regressed now. We were so enlightened when we used to force women in to Magdalene asylums! By the way, the Catholic church teaches that the same stuff that makes Flying Saucer sweets turns into bits of human flesh once you say the right words over it and that all babies are evil when they're born because of talking snakes. Which I happen to think is a much sillier notion than "I think it is nice that people can partake in consensual sex without fear and I don't think that this has brought about society's downfall".

So is the notion that it's just OBVIOUSLY SILLY to get your moral cues from a venerable faith (as opposed to what? Britney Spears?). LEAVE BRITNEY ALONE! Sorry, but what? I don't believe in Jesus so I'll just phone up Justin Beiber and ask his opinion on whether or not it's OK to steal, shall I? Then I'll email Jedward and ask what I should do if someone covets my ass. It's true, this is what atheists do ALL THE TIME. When I was growing up, instead of going to Sunday school to learn how to be a good person, I just read Smash Hits and watched MTV. And I grew up to know that it's wrong to rape people and abuse children. Britney Spears 1, Catholic Church 0.

But let's turn to another aspect of this. The reason our editor thinks Catholics shouldn't be fruitful and multiply doesn't hold up, either. The world's population, he writes, is on an "unsustainable" growth path. The Population Bureau of the Department of Economic and Social Affairs of the United Nations sees (PDF, h/t Pax Dickinson) the rate of population growth slowing over the next decades and stabilizing around 9 billion in 2050…and holding there until 2300. (And note that the UN, which promotes birth control and abortions around the world, isn't exactly in the be-fruitful-and-multiply camp.) More broadly, the Malthusian view of population growth has been resilient despite having been proven wrong time and time again and causing lots of unnecessary human suffering. For example, China is headed for a demographic crunch and social dislocation due to its misguided one-child policy. I'm too lazy to take these figures apart (if anyone wants to in comments, please be my guest) but seriously. We have around 7bn people on Earth. This is up from 6bn in just over ten years. Millions of people are starving. There is no room. We are running out of natural resources. Even 2bn more people is a really, really bad idea.

Human progress is people. Everything that makes life better, from democracy to the economy to the internet to penicillin was either discovered and built by people (as opposed to those damn freeloading non-people). More people means more progress, more war, more famine, more disease, more every other bad thing too! The inventor of the cure for cancer might be someone's fourth child that they decided not to have. Or the baby someone didn't have because they were pregnant with another child. Or didn't have sex while they were ovulating. Or died from starvation as a child because there were too many humans to feed. Or were birthing more damn babies instead of in a laboratory. This game is fun!


So, there you have it. Before 1970 everyone got married as virgins, stayed married their whole lives and had lots of babies. Nothing bad ever came of this, and there were absolutely no deviations from this formula ever. Like, say, prostitutes in the Bible or anything like that. I'll finish with this: