TRIGGER WARNING: The nature of this post means that it will contain very triggering language for all minority groups.
A Story on Occupations
I spent last Saturday at Occupy Bristol, a camp set up on College Green as part of the wider occupation movement that has spread across the globe. I don't think that this camp will change the world, but what I did find to be an extremely positive part of the occupation was that many people from different strands of the left were able to get together and discuss thoughts, issues and ideas, and to share their knowledge. I became part of a group comprised of myself, an old-guard radical feminist and two male socialists who talked about everything under the sun for about six hours. It was wonderful, people would join and leave the discussion, contributing their own experiences and opinions and it was a very nice place to be.

But something else happened that night. The occupiers had discussed whether or not it would be appropriate to have a fire. Obviously, people wanted to be warm, and people wanted to have a nice atmosphere, but the land we were camped on is owned by the cathedral. They had told us they were happy to have us, and supported the movement - asking only that we not make a mess, ruin the grass or play music on the sound-system during services. So, the majority voted against a fire.
At this point, a group of people who I can only describe as being the protest equivalent of "up the punx" decided that, fuck us, they were going to have a fire and a party and that was that. So the group split (I know, I know), with them taking it upon themselves to move about twenty feet away from the main group and start a fire.
I got very pissed off at this show, and went over to tell them that their refusal to listen in consensus-based discussions (they had been heckling people telling their personal stories earlier in the day too) was risking jeopardising the whole camp, and that I thought they were being very selfish. They responded by calling me a "bitch" and a "cunt" and shouting me down.
Later that night, I regaled this tale to two men I was talking to, using it to illustrate my point about intersectionality in left movements, and how men will use gendered slurs to silence women. They asked me if I had possibly been over-aggressive with them (gaslighting, much?) and to consider that they were probably just on the defensive. I pointed out that telling everyone in the camp to go fuck themselves, declaring themselves more 'radical' than any of us and then starting a fire was a teeny bit aggressive in itself. I also said that even if they were on the defensive, it does not excuse insulting me as a woman to shut me up. The chaps then told me that they "don't believe" in politically-correct language, and that if a minority group is offended by an insult based on their disadvantaged position in society, that is "their choice to be offended". 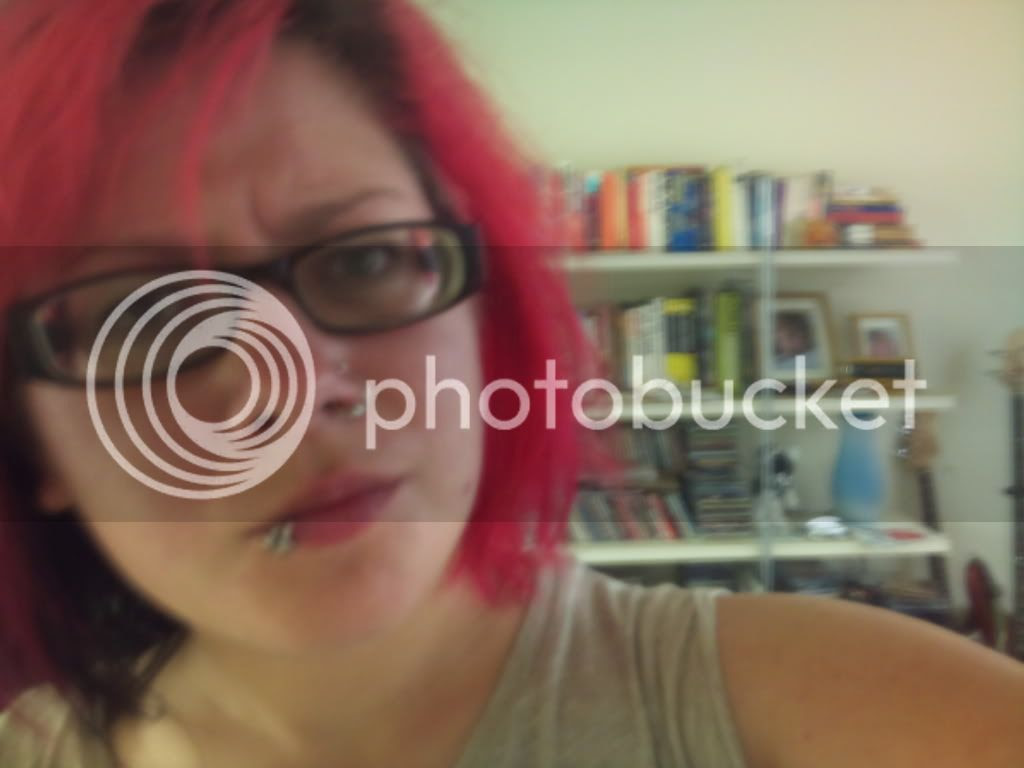 This is my 'are you fucking serious?!' face. I have to use it a lot.
I was a bit gobsmacked at this, and it was left to one of the other blokes I'd been talking to to try and explain to this white, cis, straight, well-educated, healthy young man why what he'd said was so daft that my head was about to explode and cover him in chunks of brain which would then remember what he had said and explode into smaller chunks, which would then continue to explode into smaller and smaller chunks until they were just atoms and that could potentially cause the end of the universe.
I left at that point. 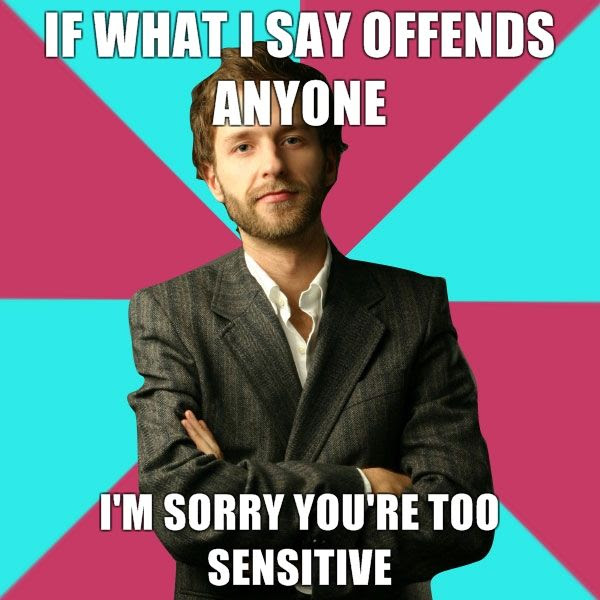