On Free Speech and THAT NS Article

As you may or may not know, I recently contributed to this article in the New Statesman, titled '"You should have your tongue ripped out": the reality of sexist abuse online', where I and several other female bloggers discussed the abuse we suffer for being that most disgusting of creatures - Women With Opinions On The Internet.

There was... somewhat of a mixed reaction in the comments (109 of them at the time of writing). These mainly fall into four categories:

I'm going to address category 4 first, because fuck me, they are funny. First up, we have 'Hermaphrodite', who ventures that:

SHIT. They're on to us. In Hermaphrodite's world, there is no financial crisis brought on by the world's banks, the poor did it to make the innocent bankers look bad. There is no prejudice against travellers, just lying gyppos. Dogs never attack anyone, it's just cats in disguise. Personally, I love this argument. Next time I fuck up, I'm going to pick a minority group and blame it on them trying to make me look like a shit because CONSPIRACY THEORY, YO.

What Hermaphrodite fails to realise is that none of the women involved have ever experienced any kind of abuse, ever. In reality, we have hordes of Man-Slaves who bring us bonbons while we scratch out our hateful misandrist missives. We only claim to get rape and death threats because, frankly, it's HILARIOUS.

Next up, we have a man calling himself 'Me'. He has written two comments, one of which is easily over 1500 words of sheer 'what-the-fuck?-ery'. I feel like this guy should be thrown a parade by the protagonists of manboobz. In his comment, he manages to assert that:

My favourite part, however, is this little gem:

Can you not understand that the phrase I want to rape you might mean something quite different depending on who said it and where they come from? That it might not mean what you think it does? Did you consider that?

That loud noise you just heard was your head exploding.

I get it! It's all so simple now! I should have seen it all along - women have all the power ever (along with all other 'minorities'), and we use it just to oppress straight white cis men because... well, just BECAUSE. 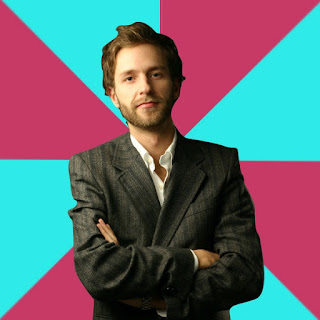 Someone call the WWF, I just found a new endangered species.
Anyway, that's enough of them. I want to move on to category 3.
There seems to be a hell of a lot of bro-dudes in this thread shrieking "BUT FREE SPEECH!!!!!". Now guys, before I do anything, I'm going to post a picture of a kitten for you to look at if what follows below gets a bit to much for your AWESOME MANLITUDE to have to cope with.

Kitteh says: "THE STUPID! IT BURNS!"
There now follows a small rant about free speech:
Free speech is great, but you are arseholes. In much the same way food is great, but mushrooms are shit. I DO NOT HAVE TO EAT YOUR MUSHROOMS. You have the whole goddamn INTERNET to be  a wanker in, asking you to not be a wanker to me is not endangering your free speech in any way. I will not come to your house and gaffer tape your mouth shut so you can't sit there spluttering your inane froth. To borrow a phrase, "this is not about free speech, this is about being a goddamn decent human being".
I mean sweet unicycling baby jesus, what the shit is wrong with you people?! Is it REALLY that hard to see a website written by a woman and not go storming in, waving your dick about and shouting abuse? So much so that to ask you not to do it is actively harming you? GET HELP.
And for all you smart fucks that are like "Well, you know, this is just how the internet is. If you're too much of a pussy to deal with it, GO BACK TO THE KITCHEN LOLOLOL". Now, in telling me to shut the fuck up and not have opinions so that you can make your rape threats in peace, guess who is stifling who's free speech? OH YEAH.
To conclude:
YOUR RIGHT TO FREE SPEECH DOES NOT TRUMP MY RIGHT TO CALL YOU OUT ON BEING A MASSIVE PIECE OF ROTTING CROTCHFILTH.
/rant
Posted by Forty Shades Of Grey at 03:22